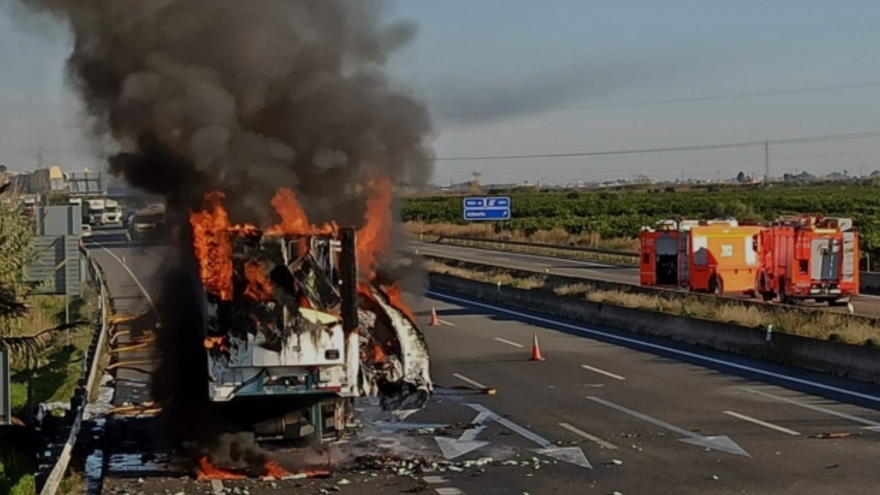 We're back with another update, not the best of news this time, unfortunately.

We have run into a delay in our current production run.

Everything was going according to schedule to deliver all the shoes as proposed around mid-December. However, an unforeseeable accident happened, and we mean that literally: 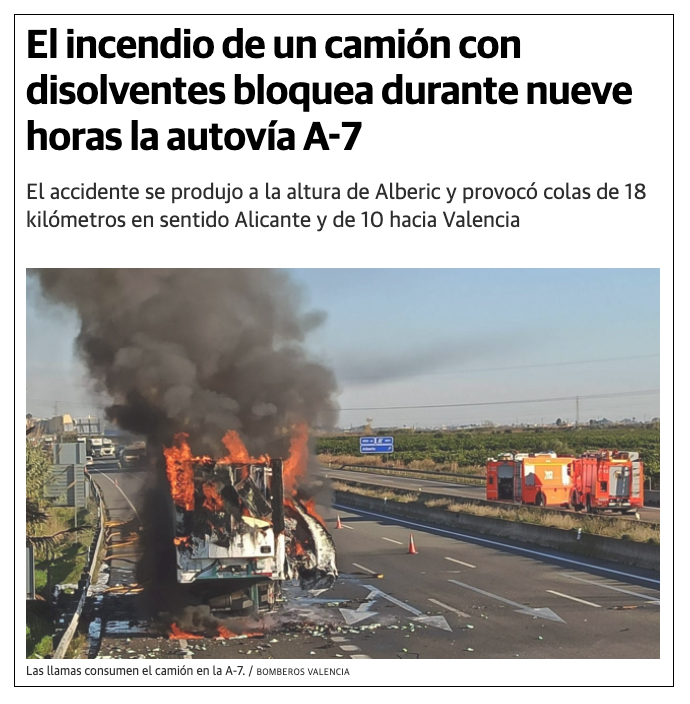 Some of our shoe materials are delivered by a British company. In the last part of the delivery, already in the Spanish region of Alicante where our shoe manufacturer is located, the truck got involved in an accident.

As a result, the entire cargo burned down, including our materials.

It turned out to be such an exceptional accident that it even appeared in the local press (photo above). Nobody got (seriously) injured.

Of course, we are very annoyed with this situation.

We are doing our utmost to resume production as soon as possible. We've already ordered replacement materials.

The current run of shoes and boots are mostly already made. Only the sole-work and finishing are left to be done, so they are coming along. Estimated delays:

Sometimes, things happen that are beyond your control. As a new business - however frustrating - we have to accept this. We choose to remain positive. The shoes and boots are coming, and they will knock you off your socks!

We have informed all preorder customers about their order. And have mostly had very understanding reactions. A couple listed below:

"Fully understood, and how very frustrating as you launch your brand."

"Thanks for letting me know about the delay. That doesn't cause me any problems, and I can wait a little longer."

"Just saw your email, bummer! Hope you guys don't have too much trouble!"

A big thanks goes out to our wonderful customers who make Lennertson possible!